The current sugar program artificially raises U.S. sugar prices to nearly twice the world average. “If I didn’t have to pay for domestic sugar, I would be investing in more equipment, I’d be hiring more people,” says Clair in this new video.

Today, American companies are at a competitive disadvantage. The U.S. Department of Commerce estimates that for every sugar-growing job saved through high U.S. sugar prices, approximately three American manufacturing jobs are lost.

As Clair explains, “The system does not allow for the typical kind of growth that would normally happen in the economy of the United States because the system is fundamentally broken. And, its broken by legislation so you can’t repair it, unless Congress comes to a moment in time that says ‘It’s time to end this 90-year-old system that makes no sense anymore.'” 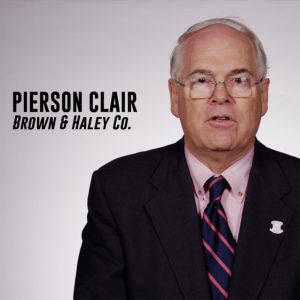 Brown & Haley isn’t alone in calling on Congress to reform the U.S. sugar program. To hear what others are saying, watch the Alliance for Fair Sugar Policy’s new video series.