WASHINGTON, D.C. (March 28, 2018) – In a new group of videos released today, New York-based manufacturers Ford Gum & Machine Company, Inc. and Madelaine Chocolate Company join the chorus of voices calling for the modernization of the U.S. sugar program. Both employees and leaders from these companies discuss how the sugar program, which forces U.S.-based manufacturers to pay double for the price of sugar, affects their livelihood and puts American companies at a competitive disadvantage.

“We’re the only gum ball manufacturer left in the United States, because all of my competitors have fled either up to Canada or down to Mexico where they can take advantage of world sugar and not have to pay the excessive sugar price that U.S. manufacturers are forced to pay,” says George Stege, president of Ford Gum & Machine Co. “The time for change is long past; the time for change is now.”

In separate videos, workers at Ford Gum, as well as Rockaway Beach, New York’s family-owned and operated Madelaine Chocolate Company, both expressed the importance of their respective workplace to their families and communities. Manny, a 21-year employee of Madelaine Chocolate, called the company a “second home” and said, “This is the job that gave me the opportunity to continue life with my family, [and] support my family.”

Ford Gum and Madelaine Chocolate aren’t alone in calling on Congress to reform the U.S. sugar program. To hear what others are saying, watch the Alliance for Fair Sugar Policy’s new video series. 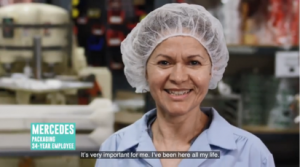 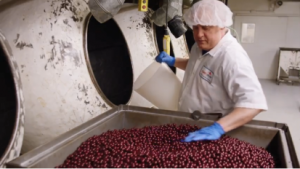 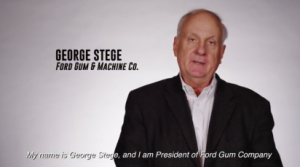