WASHINGTON, D.C. (April 4, 2018) – In a new video released today, Baltimore-based Goetze’s Candy Company CEO Mitchell Goetze joins the chorus of voices calling for reform of the U.S. sugar program. The head of the 122-year-old company explains how the outdated U.S. sugar program is harming his business and employees.

“We are one of few food manufacturers left in Baltimore,” Goetze notes. “We feel like we are being forced to pay a price that other confectionary companies that aren’t under the same program don’t have to pay.”

Goetze goes on to urge Congress to take action. “We need to take the politics out of this. It needs to be common sense. The numbers speak volumes. Congress, the time is now to act. Small family businesses and other U.S. manufacturers can’t hold on too much longer.” 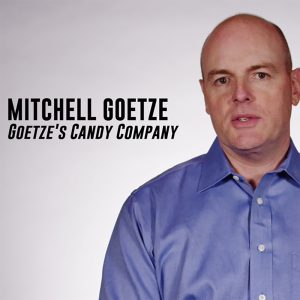 Goetze’s Candy Company isn’t alone in calling on Congress to reform the U.S. sugar program. To hear what others are saying, watch the Alliance for Fair Sugar Policy’s new video series.